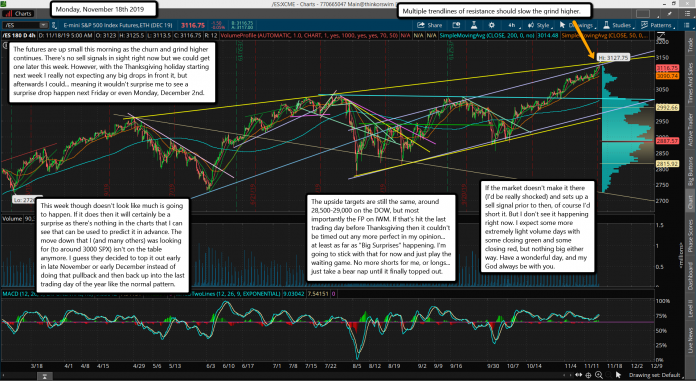 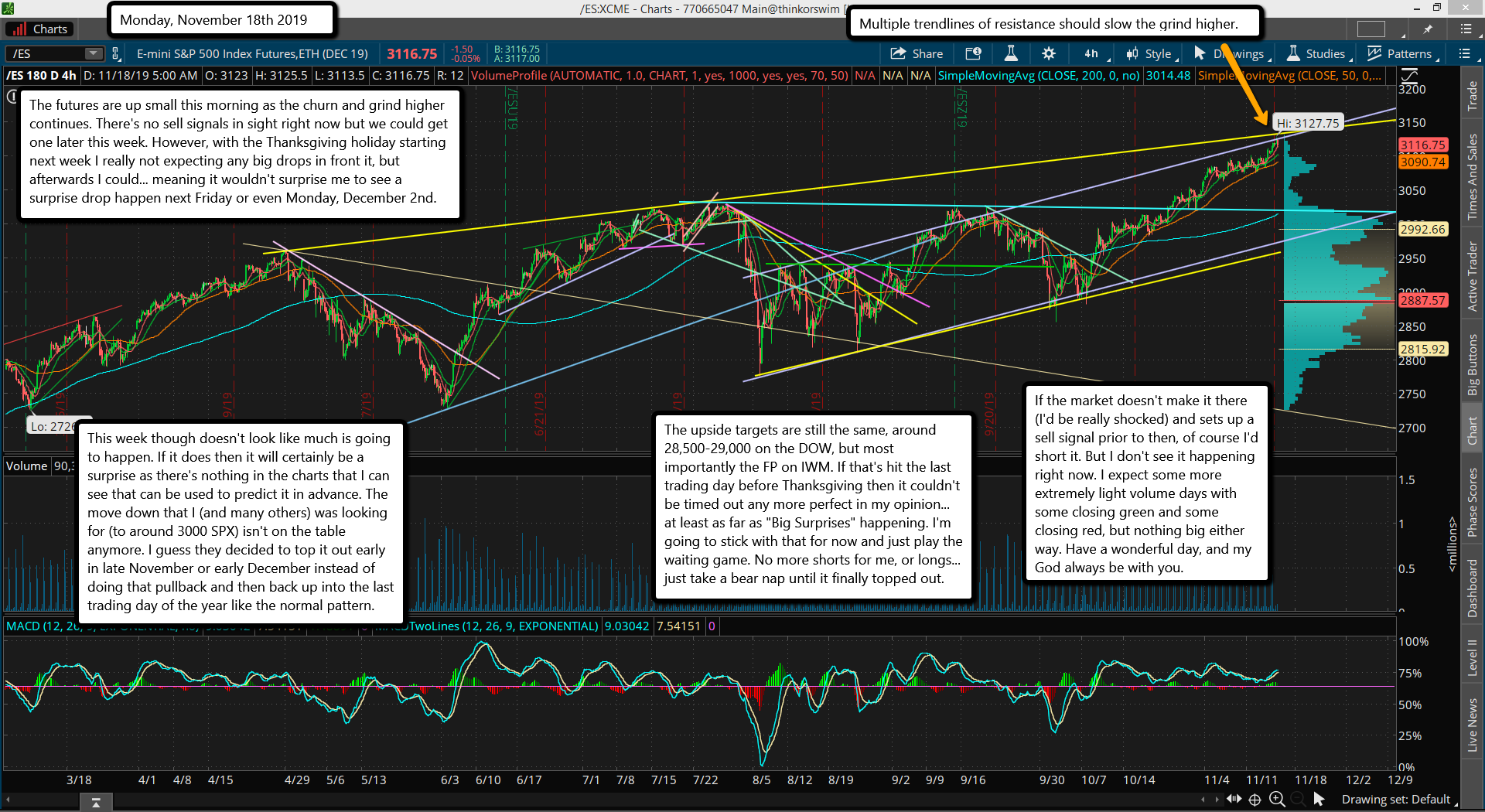 The futures are up small this morning as the churn and grind higher continues. There's no sell signals in sight right now but we could get one later this week. However, with the Thanksgiving holiday starting next week I really not expecting any big drops in front it, but afterwards I could... meaning it wouldn't surprise me to see a surprise drop happen next Friday or even Monday, December 2nd.

This week though doesn't look like much is going to happen. If it does then it will certainly be a surprise as there's nothing in the charts that I can see that can be used to predict it in advance. The move down that I (and many others) was looking for (to around 3000 SPX) isn't on the table anymore. I guess they decided to top it out early in late November or early December instead of doing that pullback and then back up into the last trading day of the year like the normal pattern.

The upside targets are still the same, around 28,500-29,000 on the DOW, but most importantly the FP on IWM. If that's hit the last trading day before Thanksgiving then it couldn't be timed out any more perfect in my opinion... at least as far as "Big Surprises" happening. I'm going to stick with that for now and just play the waiting game. No more shorts for me, or longs... just take a bear nap until it finally topped out.

If the market doesn't make it there (I'd be really shocked) and sets up a sell signal prior to then, of course I'd short it. But I don't see it happening right now. I expect some more extremely light volume days with some closing green and some closing red, but nothing big either way. Have a wonderful day, and my God always be with you.