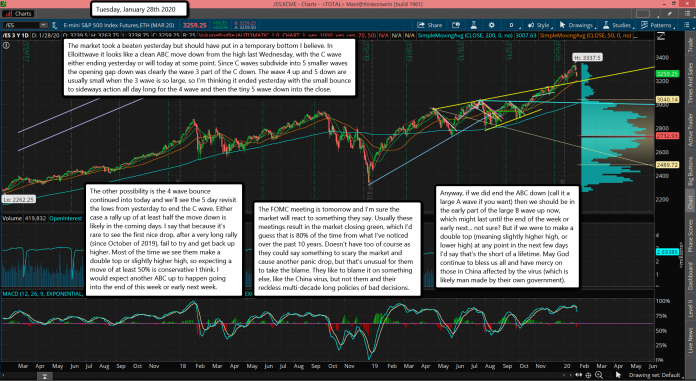 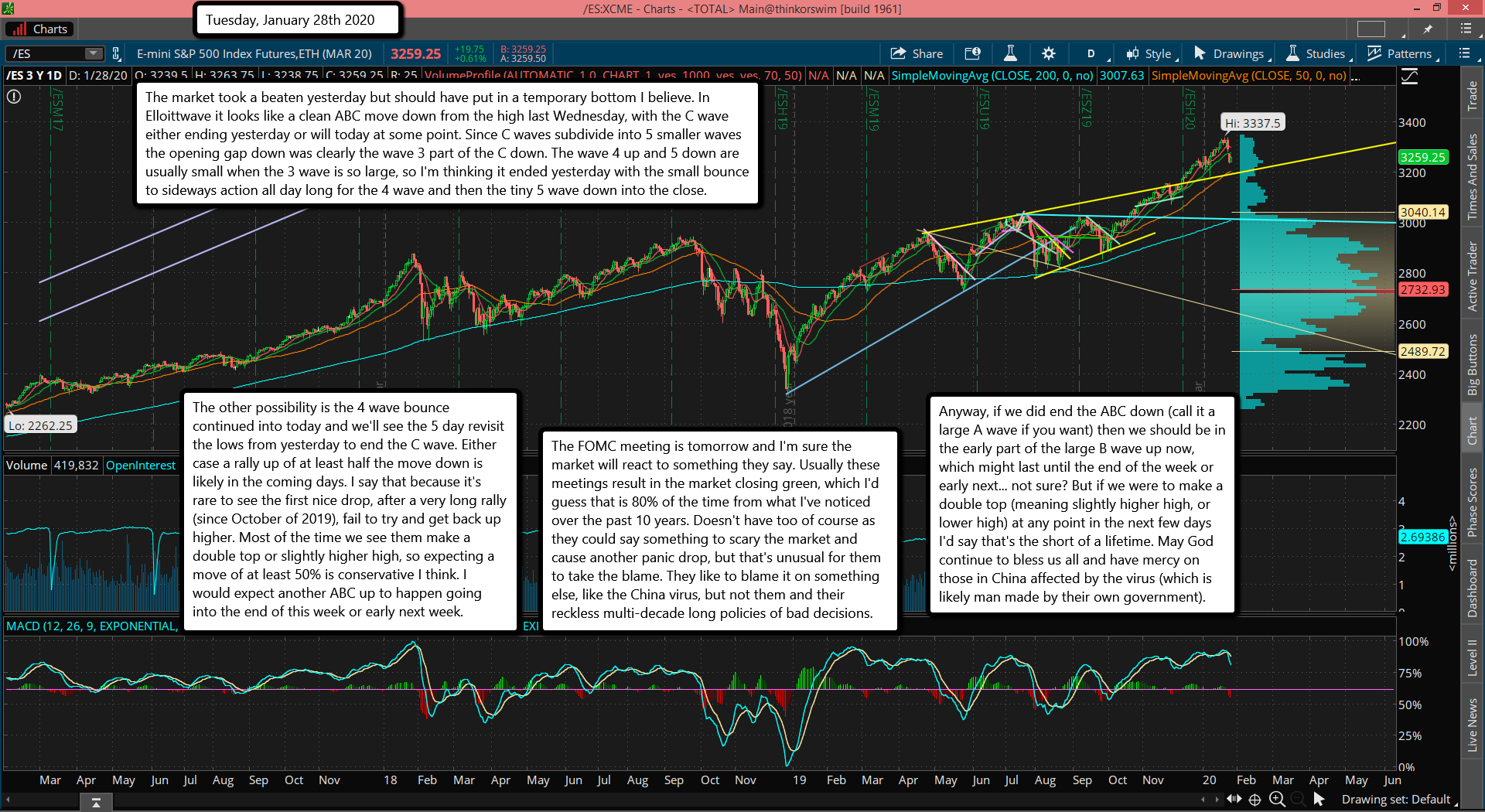 The market took a beaten yesterday but should have put in a temporary bottom I believe. In Elloittwave it looks like a clean ABC move down from the high last Wednesday, with the C wave either ending yesterday or will today at some point. Since C waves subdivide into 5 smaller waves the opening gap down was clearly the wave 3 part of the C down. The wave 4 up and 5 down are usually small when the 3 wave is so large, so I'm thinking it ended yesterday with the small bounce to sideways action all day long for the 4 wave and then the tiny 5 wave down into the close.

The other possibility is the 4 wave bounce continued into today and we'll see the 5 day revisit the lows from yesterday to end the C wave. Either case a rally up of at least half the move down is likely in the coming days. I say that because it's rare to see the first nice drop, after a very long rally (since October of 2019), fail to try and get back up higher. Most of the time we see them make a double top or slightly higher high, so expecting a move of at least 50% is conservative I think. I would expect another ABC up to happen going into the end of this week or early next week.

The FOMC meeting is tomorrow and I'm sure the market will react to something they say. Usually these meetings result in the market closing green, which I'd guess that is 80% of the time from what I've noticed over the past 10 years. Doesn't have too of course as they could say something to scary the market and cause another panic drop, but that's unusual for them to take the blame. They like to blame it on something else, like the China virus, but not them and their reckless multi-decade long policies of bad decisions.

Anyway, if we did end the ABC down (call it a large A wave if you want) then we should be in the early part of the large B wave up now, which might last until the end of the week or early next... not sure? But if we were to make a double top (meaning slightly higher high, or lower high) at any point in the next few days I'd say that's the short of a lifetime. May God continue to bless us all and have mercy on those in China affected by the virus (which is likely man made by their own government).