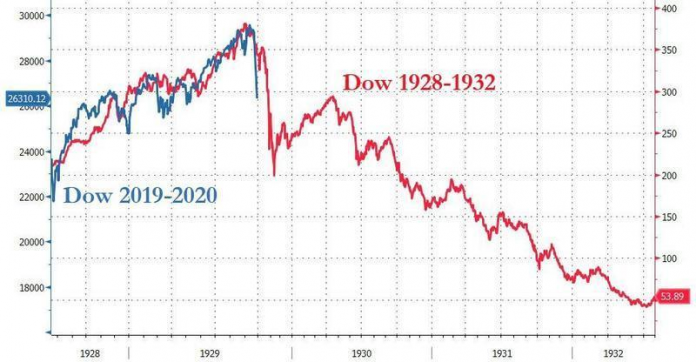 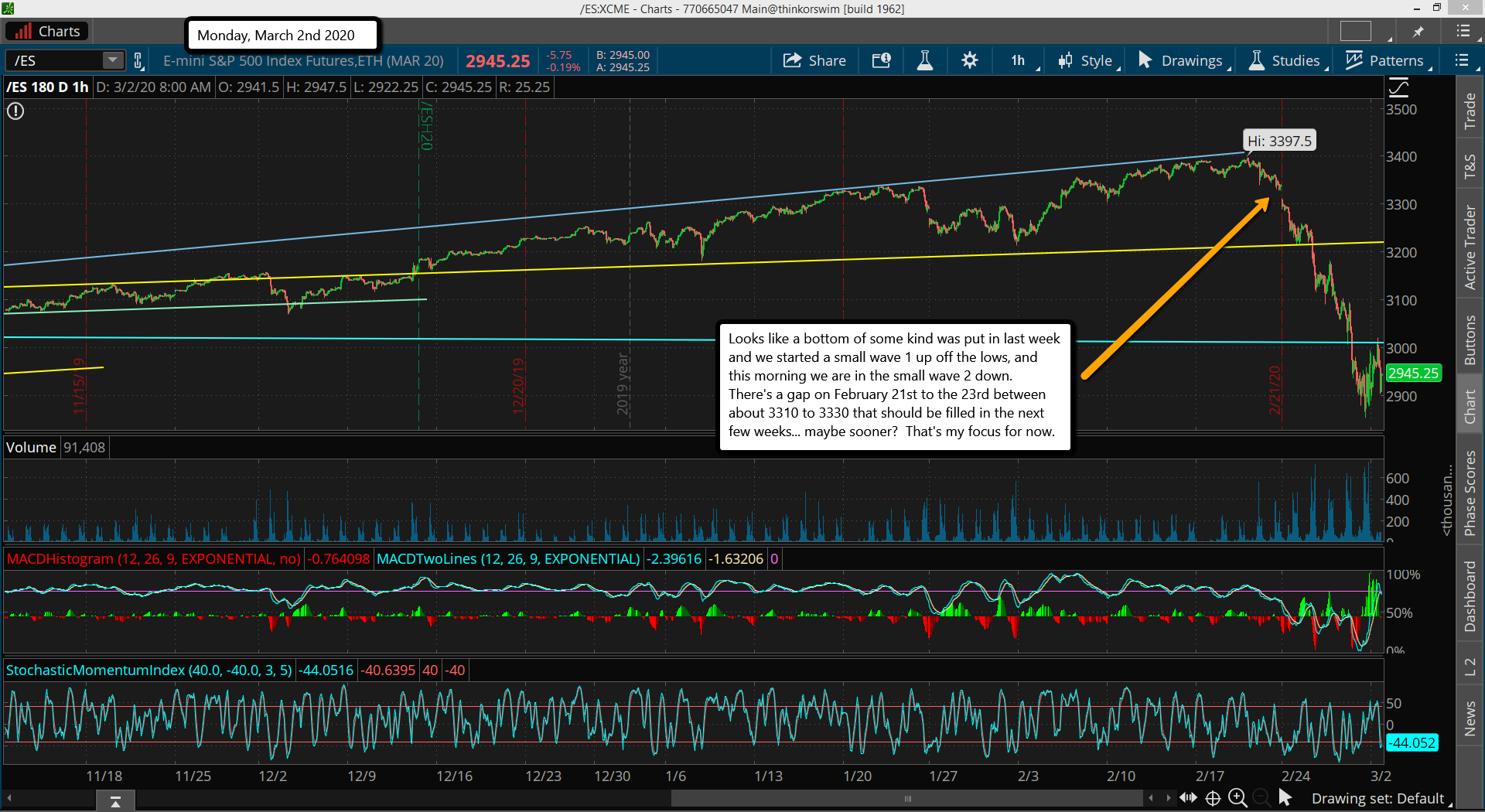 Everywhere I look there is fear of a stock market crash now. Yes, some expect a bounce but everyone is ready to short it as they think it will rollover and drop to some crazy level like DOW 20,000 or something. Comparisons to the 1929 stock market chart and this year are being spread around the internet right now. It looks so easy, just a nice bounce to some Fibonacci Level and then we crash to start the next recession or great depression.

Well, I can tell you this... back in 1929 news traveled at the speed of a snail, and traders didn't have computers to figure out Fibonacci bounces, or even know what that is? There wasn't many traders either on a percentage basis as most were long term investors. Today we have news traveling at the speed of light and everyone and his brother is getting into trading as computers have made it so easy.

The sheep (traders) know about all forms of technicals these days, including trendlines, Fibonacci Levels, Elliottwave, etc... which they didn't back in 1929. So you ask... why is this important? I'll tell you why. The sheep are always on the wrong side of the trade and back in 1929 very few got news of the negative news during or before the crash. Only at the bottom did it get negative, so of course they all sold out at the wrong time.

The market is rigged this way (actually, everything in the world is rigged this way, but that's another story), so the only thing that has changed is the speed of the delivery of the "negative news" to the sheep. Today the sheep get the fake news super fast, and now that everyone is thinking the worst is yet to come I'll tell you that it's over with.

The bottom is very likely "in" for now, or very close to it. Just like everyone was a bull two weeks ago and the Corona Virus meant nothing and was under control, the opposite is in play now.  The world is ending as the virus is going kill everyone on the planet. Yeah, and I have ocean front property for sale in Kansas too. This big drop was NOT caused by the virus, it was caused by the Inverted Yield Curve. But the media will never tell you that.

The Fed's couldn't stop it so they allowed the drop to happen.  Yeah, they are in trouble for sure as interest rates can't go much lower.  What bullets do they have left to get the market back up I wonder? More money printing I guess?

FEAR is created so they can get the sheep onboard into shorting all the moves up. That way they can squeeze them to get the new higher highs. Without shorts the DOW might be at 5,000 or lower... who knows? But if you get the sheep scared enough (aka, create a panic event... 911, Corona Virus, whatever) you will have them "climb a wall of worry".

A top will come when the masses turn super bullish... maybe at SPX 3600, 3800, or just under 4,000? I don't know the exact level, but everything is screaming FEAR right now, and that means shorts will pile on hard as we rally up.  It will be choppy and full of wild swings as the bulls and bears fight it out.  I don't expect any higher high until closer to the election, if we get one at all?

But this all tells me the odds of a repeat of 1929 are very low. After the election is over with this December we could see another big move down start, and next year could start a recession, or even a depression.  It really depends on fixing that inverted yield curve first and then possibly a debt reset?

Let's not forget that gold was linked to the dollar back in 1929, so massive money printing couldn't happen like it can today. President Nixon took us off the gold standard in 1971. Ever since then the stock market can be fully controlled via money creation to stop crashes (or let them happen if they wish).  But at some point that ponzi scheme will fail and no amount of money print will work.  This recent large drop was the first shot over the bow that it's nearing the end.  We aren't there yet but 2021 could force a debt reset as that will be the last bullet left to keep the market from crashing like 1929.