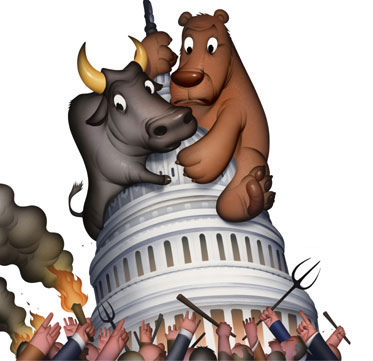 On Monday, at the close, the 15 minute and 60 minute charts aligned up together pointing down.  That caused the massive sell off into the close and afterhours session.  Tuesday opened up with a gap down to 1040 spx, and struggle to get back higher early on. 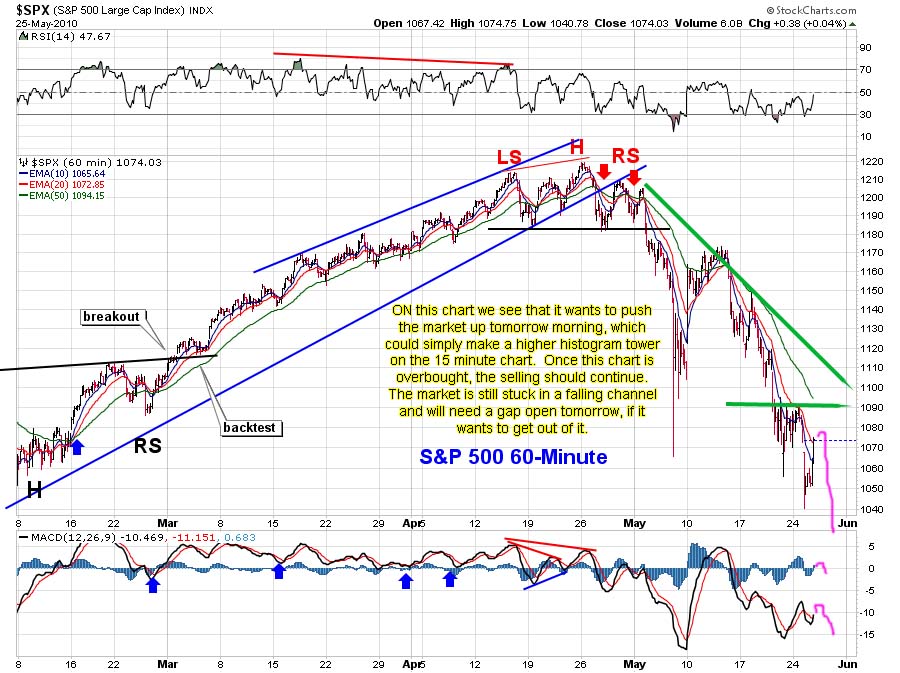 But in the afternoon the 15 minute and 60 minute chart aligned up together once again... but this time pointing up.  This caused the short squeeze into the close, and higher afterhours numbers.  Many bulls went long here and will probably have a chance to get out in the morning tomorrow, as the 60 minute chart is still pointing up. 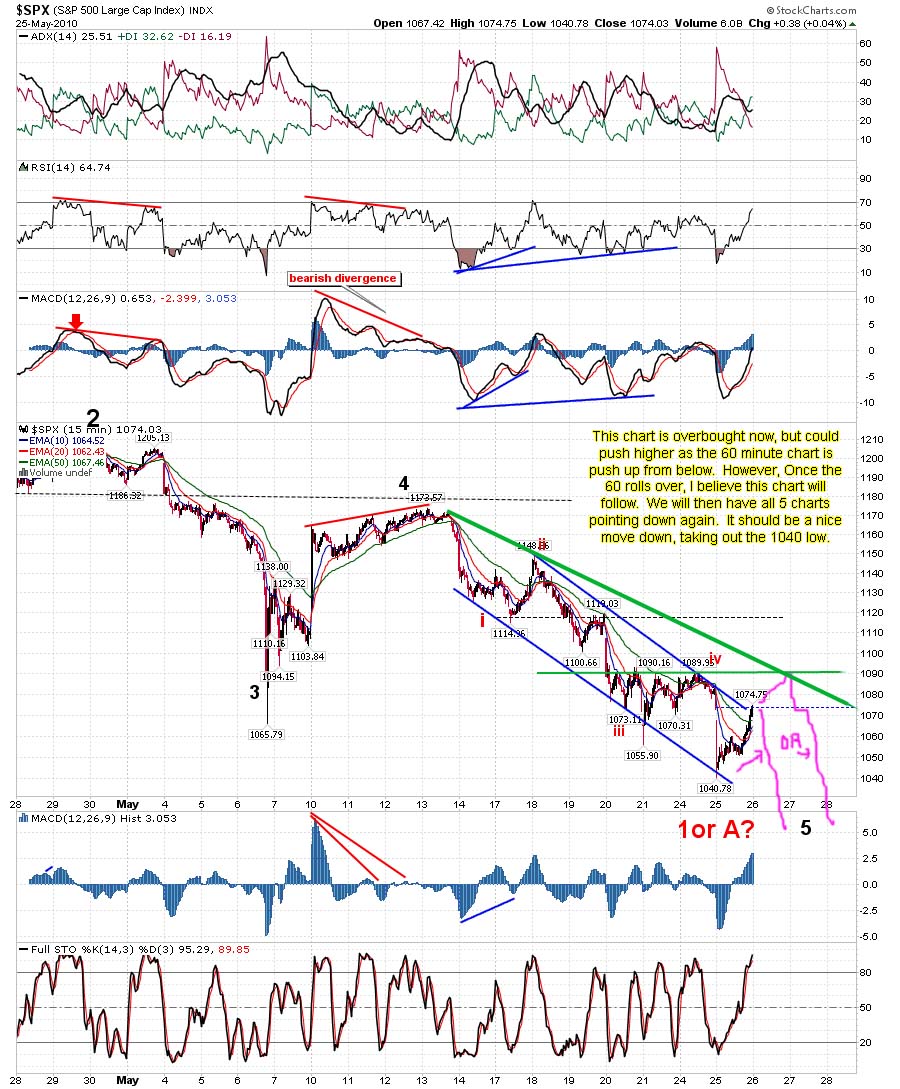 But, the 15 is now overbought and will roll back down when the 60 is peaked.  I expect that to happen in the first few hours of the day.  Once it rolls, the 15 minute chart will follow.  Then once again all 5 time frames will be pointing down again.  I expect the 1040 low to be taken out on this next move down.

Nothing has really changed to make me be bullish on the market.  The Monthly, Weekly, and Daily charts are still going down, and will push this market down hard when the 60 and 15 re-align back down.  The market is still stuck in a downward sloping channel, and it will have to gap up out of it tomorrow to gain more traction to the upside.

If it's able to gap out of the channel, it will find another wall of resistance from a different downward sloping trendline around 1100 spx, and that's assuming it's able to go through the horizontal resistance line at 1090 spx.  Since the 60 minute chart is more powerful then the 15 minute, it's possible that a run for 1090 could happen.  But first it must gap out of the channel it's currently in.

I just don't see that happening tomorrow.   I see a flat open, and some chopping sideways action until the 60 minute chart gets overbought.  Then I see another move down coming.  I now see the writing on the wall, and for those with a keen eye, they also shall see.

So, I wish all you bulls a bears the best success possible.

P.S. Someone asked me if the fake prints work and how accurate they are.  Monday night I caught one, but didn't think it would play out today, as it was too high from the gap down that occurred.  So I went short close to the open, instead of waiting, and getting a much better entry on the rally back up.  That's the emotional part that I'm still working on, as learning to trust what I see in the charts is the hardest part.  It clearly showed me that it was oversold, and should rally up some... and of course the print told me the target, but I didn't listen.

Still learning I am...