That's the 2 choices I see for tomorrow... 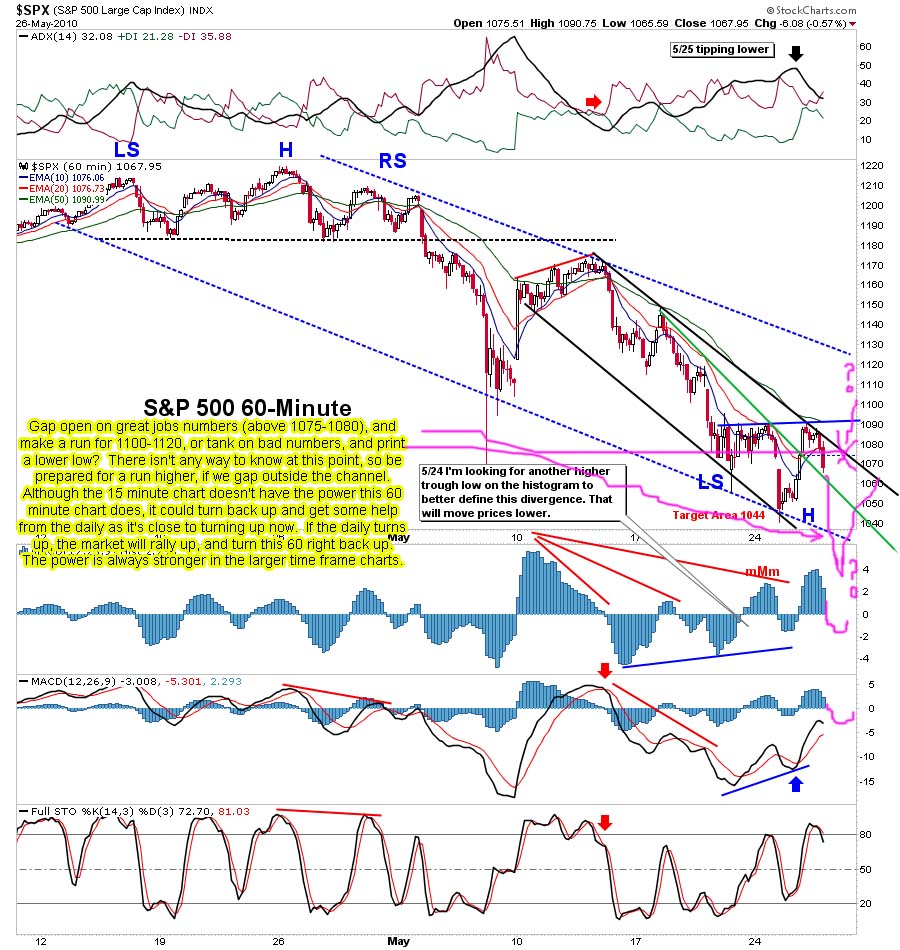 The bears will want to hold them in the channel of course.  If they are able to, it will likely put in a new low on the spx, and hopefully put in a double bottom, or lower low on the qqqq's too.  Based on the charts, the 60 is looking like it wants to push the market down in the morning, and the 15 is already oversold, and will likely turn back up when the 60 minute does. 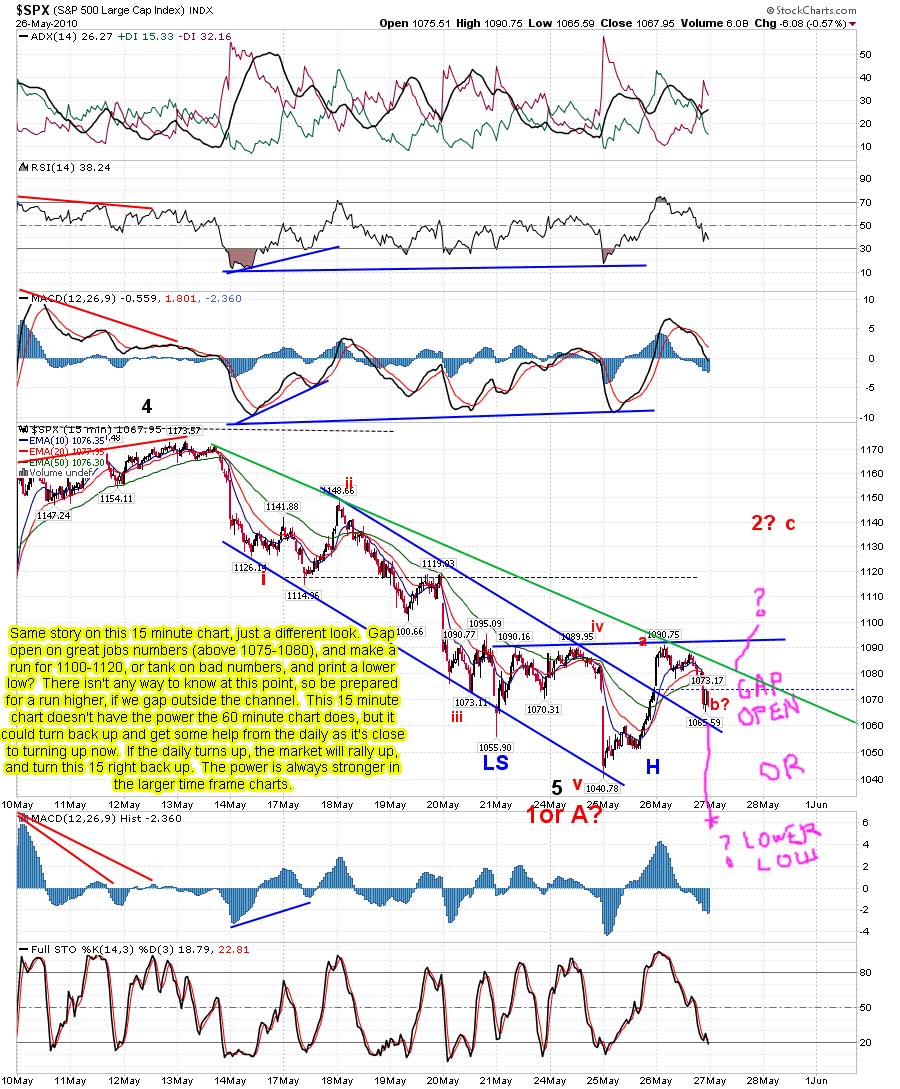 The news out tomorrow on the job data could gap it up out of the channel, or cause it to sell off early on.  Of course I'm short, and I'm wanting it to tank, but the market doesn't always do what I want it too do.  The morning session will tell us the direction, and the 8:30 am jobs numbers will be the blame either way the market goes.

P.S.  This is a link to someone who seems to be well connected on the world events.  Some people think he is crazy, and I'm certainly not going to agree with everything he claims... but the part about the Federal Reserve gangsters blowing up the oil rig certain got my attention.  (By the way, the good guys in all these posts are the "Black Dragon Society", and the bad guys are the "Federal Reserve Board Nazi's").

So yes, some of those posts might be garbage, but if there is one thing I believe too be true, it's that certain forces inside our government are real, and are truly evil.  They are part of the "New World Order", which includes about all the recent presidents of the past many decades.

However, I believe their rein of power will end soon.  There are good guys fighting to protect us all too.  I believe Ron Paul is one of those good guys, as he's still fighting to get the Fed's book's audited.  The collapse of the Fed is coming, and those gangsters will slowly be arrested one by one.  We are all part of something wonderful that's happening right now.  Change is coming... and for the betterment of all the people of the world.  I believe 2012 will bring on a positive change for all of humanity, and an end to the enslavement the Illuminati have keep us in for the last few centuries.