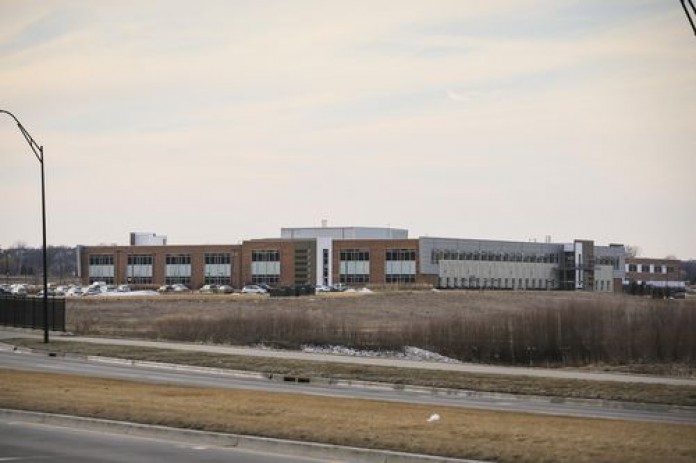 WASHINGTON — Iowa lost in its bid to secure the agricultural headquarters following the merger between DuPont and Dow Chemical, the culmination of a months-long push to retain a business synonymous with the state's dominant role in U.S. agriculture.

But it will keep 2,600 jobs that are part of DuPont Pioneer in Johnston, Iowa, after signing off on a $17 million incentive package for the chemical giants.

Dow-DuPont announced Friday that the corporate headquarters for the agriculture company it will spin off from the merger will be in Wilmington, Del. The site was selected in large part because of its close ties to the 214-year old DuPont company and deep roots in product discovery.

Wilmington, where DuPont now has its corporate headquarters, would house the agriculture business' chief executive and other key corporate support positions. In addition to Johnston, the agricultural operations will retain a presence in Indianapolis, Ind., which is home to Dow Agrosciences, part of Dow Chemical.

Despite Iowa losing out on the ag headquarters, a DuPont executive pledged that the new agriculture unit will be a "positive" for the state. It won't result in any further job cuts beyond the 10 percent layoffs that have already happened.

Johnston and Indianapolis will both maintain research and development, sales and marketing teams, and business support functions, among other capabilities, officials said.

Dow and DuPont, which are expected to complete their $130 billion merger later this year, plan to then split into three companies within two years — agriculture, material sciences and specialty products.

"There will be some disappointment" in not getting the headquarters, Paul Schickler, president of DuPont Pioneer acknowledged in an interview.

He said by keeping a presence in Iowa, “it’s really a celebration and preservation of those roots as we position ourselves for the future. Similar to 90 years when we started (Pioneer), we were at the birth of an agricultural company and we're able to utilize the same attributes that Henry A. Wallace used to grow into the future.”

Schickler said the new Dow-DuPont agriculture unit "is a great opportunity for Des Moines." By keeping a local presence, the company will be able it to tap into the area's rich background of science, innovation and close relationship with Iowa's farmers, many of whom who are customers of the hometown Pioneer.

As the world's population demands more and healthier food, the result of a growing population, burgeoning middle class and improved dietary and nutritional standards, he pronounced that there is "no doubt about it, growth is going to be in front of this agricultural company."

While Dow and DuPont contemplated the location of the ag headquarters, lawmakers in Iowa and Indiana mounted a full press to boost their odds, with Gov. Terry Branstad, Sen. Chuck Grassley and others talking with executives of both companies.

In a letter last month to DuPont CEO Ed Breen and Dow CEO Andrew Liveris, Iowa’s six lawmakers in Washington touted Iowa’s role in agriculture, the World Food Prize and local universities among the reasons Iowa should be selected.

The announcement Friday from Dow and DuPont drew mixed reviews from Iowa lawmakers.

Branstad said he was "proud" that executives recognized what Iowa has to offer and selected the state for a part of its newly formed agriculture company.

"We are anxious to help DowDuPont experience success in Iowa by providing a foundation to build on and a business climate that nurtures growth,” he said.

But Sen. Joni Ernst called the decision "disappointing for our state and also difficult, particularly for the hard working Iowans who were laid off and their families." She was hopeful that despite not having the headquarters, the new company will spur job creation in Iowa.

The Iowa Economic Development Authority moved approved $16 million in incentives for the new company Friday. The state offered a $2 million forgivable loan and up to $14 million in research activities tax credits.

The city of Johnston is expected to vote on its own $1 million incentive package at a specially called meeting Friday afternoon. And Polk County is expected to provide a $238,000 forgivable loan.

All told, the company will receive more than $17 million in state and local incentives, which IEDA Director Debi Durham characterized as "extremely modest."

While she and other officials competed for the global headquarters, she said Iowa still wins in maintaining its seed and bio-science presence in Johnston. Though executives will be based in Delaware, she said "key leadership decision-makers" will be in Iowa alongside research and development teams.

"And I don’t see that that changes today, right?" she said. "I believe that decision making as it relates to research and decision making, that connection to the farmer is still going to be here in our backyard."

The state's tax credits apply for the 250 to 500 research and development jobs the company expects to retain in Johnston, though it must keep 500 positions to cash in on the full incentive package from the state.

Though DuPont Pioneer has laid off some 175 people in recent weeks, Durham said the company has committed to maintaining its current level of about 2,600 employees.

The new agriculture company would create the nation’s largest agricultural business, surpassing Monsanto Co., the world’s largest seed operation. The ag business would be worth nearly $20 billion, based on the units’ combined 2014 revenue.

Chad Hart, an Iowa State University agricultural economist, said many in the state lobbying for the headquarters expected Dow and DuPont to pick between Indianapolis or Johnston.

“The company went a third direction that I don’t think ether Iowa or Indiana expected,” he said. “We lost to somebody we didn’t know was even in the race.”

The biggest change for Iowa, Hart said, is that for decades the state has grown accustomed to having both the corporate headquarters and the research and development arm of Pioneer in one location.

While the location of the headquarters out of state might not mean a lot in terms of jobs, it increases the chance that corporate executives in Delaware could decide to make changes that may not have been made if both operations were located together in Iowa.

“It brings more uncertainty into the future,” he said.

Pioneer, purchased by DuPont in 1999, has been an important Iowa company since Henry A. Wallace founded it in 1926. DuPont Pioneer employs about 3,400 workers in Iowa, and has been an important cog in the Iowa economy and symbolic of the state’s dominant position as a major U.S. producer of corn, soybeans, ethanol and other commodities.

The seed and chemical industry has been undergoing a broad wave of consolidation amid a backdrop of a slumping agricultural economy that has squeezed farm income and forced producers to cut back on seed, fertilizer, equipment and other inputs for their operations.

Monsanto, Deere & Co. and Pioneer have all announced job cuts as a result of the downturn.

For its part, Iowa documents show DuPont Pioneer has cut about 175 jobs since December, the majority of which have come because of the farm economy and not the merger, according to DuPont. The company has not determined whether further cuts will come locally as a result of the merger.

Farmers and ranchers are expected to see income fall 3 percent to $54.8 billion in 2016, the Agriculture Department said last week. That would drop net farm income to its lowest level since 2002, tumbling 56 percent from its recent high of $123.3 billion just three years ago, when tight supplies and strong global demand for commodities led to record profits.

Faced with falling revenues and growing pressure to cut costs while finding the next big breakthrough, agribusiness companies such as Dow and DuPont have looked to mergers as a way to save money and spur innovation. Earlier this month, government-owned China National Chemical Corp. announced it was buying seed and pesticide maker Syngenta AG for $43 billion, a deal that came about five months after Monsanto dropped its own bid to take over the Swiss-based company.