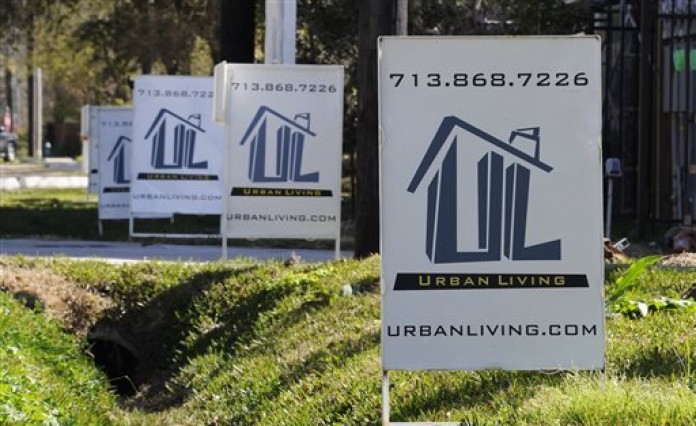 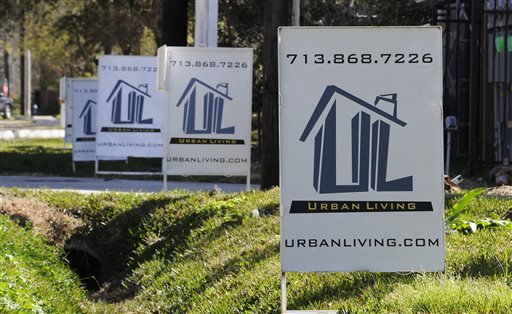 U.S. home sales are climbing. Prices are rising, too. So the outlook for the housing market is golden, right?

A series of reports released Tuesday pointed to potential cracks in the foundations of America's residential real estate market.

On the one hand, job growth and low mortgage rates have fueled demand and boosted sales to levels that were last glimpsed in the waning months of the housing bubble nine years ago. Those gains could spur more construction and additional spending on furniture and renovations that could help lift the economy.

Yet the number of homes for sale has fallen. With demand for homes up and supply down, prices have risen faster than incomes. Because many homes have become unaffordable for would-be buyers, further gains may be unsustainable.

"The real takeaway from the numbers is that despite demand being high, the future is looking somewhat muted for homebuyers," said Ralph McLaughlin, chief economist at the real estate firm Trulia.

This mismatch between supply and demand arrives at a delicate moment. Global pressures have roiled the stock market and hurt exports. That's meant that the economy must lean more heavily on consumers — including home buying — to extend its 6½-year-old recovery from the Great Recession.

A snapshot of the housing market points to some concerns:

— Sales of existing homes rose 0.4 percent last month to a seasonally adjusted annual rate of 5.47 million, the National Association of Realtors said Tuesday. Those gains build on a strong 2015. Sales last year reached a nine-year peak, evidence of healthy demand that has led some economists to predict that the real estate sector will keep improving.

But the report also shows a shortage of available homes. The number of home listings in January fell 2.2 percent from a year ago. The result is that those shopping for homes have fewer options and must pay elevated prices. The median home sales price was $213,800 in January, an 8.2 percent annual increase from a year ago.

— Price increases are concentrated in some of the hottest job markets, according to Standard & Poor's/Case-Shiller 20-city home price index. Home values are up 11.4 percent in Portland, 10.3 percent in San Francisco and 10.2 percent in Denver. Yet even Detroit, which has been emerging from municipal bankruptcy, notched a year-over-year gain of 7.1 percent in December.

— Strong demand showed some hints of weakening ahead of the spring sales season. The share of Americans looking to buy a home within six months reached a six-month low, according to the Conference Board's consumer confidence index. That percentage sank to 5.3 percent for February from 7.4 percent in January.

Solid demand for housing has failed to coax more homeowners to list their properties. Many are reluctant to sell. They're enjoying savings from low mortgage rates, and many lack enough equity to comfortably upgrade to another house. The consequence is that would-be buyers now face both rising prices and more competition from others looking to buy.

"So far, sales have been bulletproof to price increases, but this is unsustainable in a slowly growing economy unless inventory improves," said Nela Richardson, chief economist at the real estate brokerage Redfin.

Sales have been buttressed so far by a stable job market. Employers have added a healthy 2.67 million jobs over the past year, and the unemployment rate has fallen to a low 4.9 percent. Pay growth has been less robust, though it has accelerated somewhat, with a 2.5 percent increase from a year ago.

But it remains unclear whether the pace of job gains will endure amid signs that U.S. economic growth has dwindled. China's slowdown and troubles in such other emerging economies as Brazil and Russia have triggered a sharp decline in commodity prices such as oil. Those price drops, in turn, have driven a downturn in U.S. stock prices and a rise in the dollar's value to levels that have hurt exports.

Still, for now, the global chaos may have helped boost home sales. As many investors have shifted money into the safety of 10-year U.S. Treasury notes, the cost of borrowing has dropped for both the government and homebuyers. Mortgage rates tend to track the yields on long-term Treasurys.