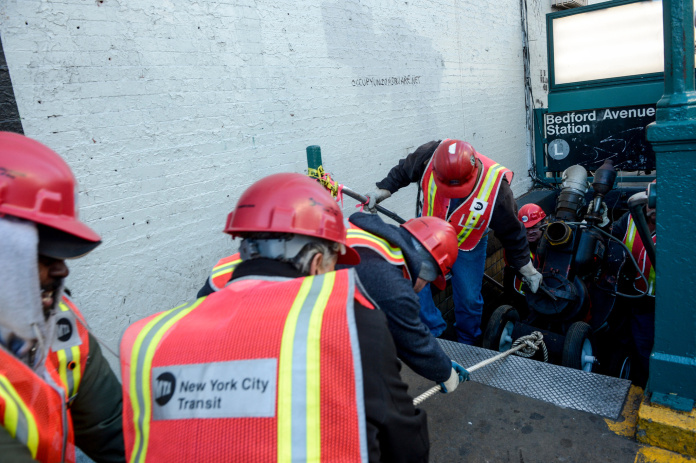 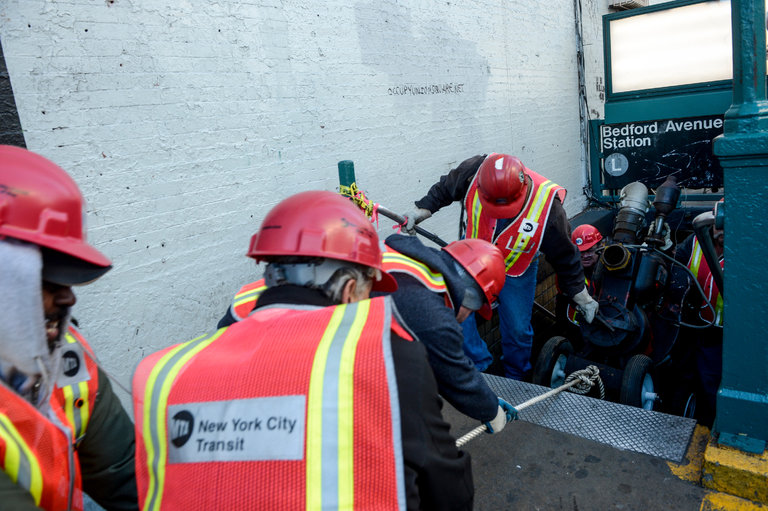 Crews work on the L train line after Hurricane Sandy damaged it in 2012. The Metropolitan Transportation Authority is considering two options for fixing the line’s tunnel under the East River.

The Metropolitan Transportation Authority is considering two proposals to shut down the L train tunnel between Manhattan and Brooklyn that would close the subway line under the East River or reduce its service by 80 percent, officials said on Wednesday.

The proposals that will be outlined at a public meeting in Brooklyn on Thursday are closing the entire tunnel for a year and a half to repair damage from Hurricane Sandy, or closing one tube at a time over a three-year period. Any shutdown — a growing source of anxiety among people who live along the crowded subway line — would not begin until early 2019, officials said.

If one tube remained open, trains would run every 12 to 15 minutes, up from the current interval of three to four minutes during the morning rush, officials said at a briefing for reporters. Trains could carry about one-fifth of the 225,000 riders who currently take the L train under the river each day. 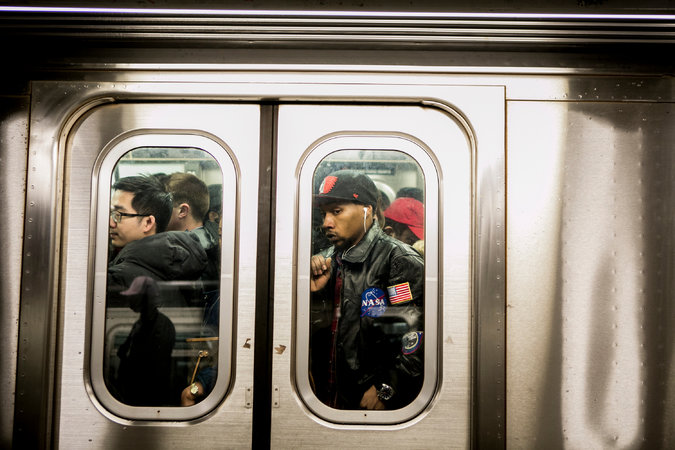 The agency has ruled out making repairs only during nights and weekends because the complex work could not be done in such a narrow window, said Veronique Hakim, the president of New York City Transit, which runs the subway and buses. Building a subway tunnel under the river, as some residents have suggested, would be expensive and take too much time, Ms. Hakim said.

Under either proposal, the authority might run extra buses over the Williamsburg Bridge and add ferry service between Manhattan and Brooklyn. Riders could be directed to other nearby subway routes, including the G and M lines, which would have additional trains to handle more passengers.

The authority’s chairman, Thomas F. Prendergast, and Ms. Hakim planned to present the two options on Thursday during the meeting at the Marcy Avenue Armory. A second public meeting is scheduled for May 12 at the Salvation Army Theater in Manhattan. 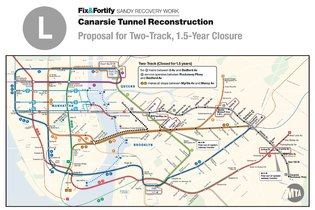 One option presented by the transportation authority: closing the entire tunnel for a year and a half.

The subway crossing, known as the Canarsie tunnel, was flooded during the 2012 hurricane. Officials said the tunnel required major work to fix crumbling walls and to repair tracks and cables.

Despite the damage, Mr. Prendergast said that the tunnel was safe for riders, and that the agency had conducted regular inspections to look for problems. After receiving input from residents and businesses, the agency plans to decide which option to pursue within three months.

Asked whether he would rather close the whole tunnel at once, Mr. Prendergast said the agency was committed to hearing from the community before making a decision. But he noted that when people learned more about the plans, they often favored a full closing. 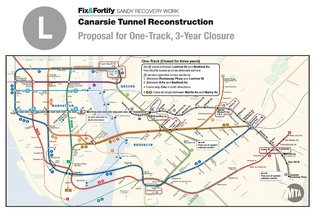 The second option: closing one tube at a time over three years, with less frequent service.

“I think there is an ‘Aha’ moment they have in their minds, like, ‘Geez if it’s only one in five people you can carry, maybe it would be better to have two tracks,’” Mr. Prendergast said in reference to closing the tracks in both tubes, the more efficient of the two options.

The Canarsie tunnel work could cost $800 million to $1 billion, with the federal government covering much of the project, Mr. Prendergast said.

The briefing was the first time that officials from the authority discussed the plans in detail. Under plans for a full tunnel closing, no L trains would run between the Eighth Avenue stop in Manhattan and the Bedford Avenue stop in Brooklyn. The line would continue to run throughout the rest of Brooklyn.

If one tube were closed at a time, the L line would run in two separate segments: reduced service between Bedford Avenue and Eighth Avenue and nearly regular service between the Lorimer Street and Canarsie-Rockaway Parkway stops.

Asked whether buses might have a dedicated lane over the Williamsburg Bridge so they would not get stuck in traffic, Mr. Prendergast said the idea would be considered. To add capacity to the G line, Ms. Hakim said the agency would add cars to its trains, which are known for being shorter than their platforms.