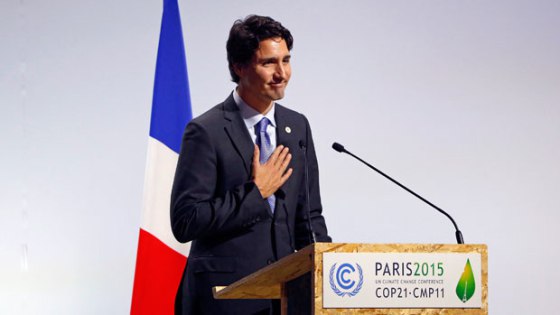 Our governments keep telling us that to reduce industrial greenhouse gas (GHG) emissions linked to man-made climate change, they need more of our money. It’s a ridiculous argument.

The amount of money governments will take from us through carbon pricing -- whether by a carbon tax or cap-and-trade, which is a carbon tax by another name -- has nothing to do with whether emissions will fall.

We all know when governments get more of our money through carbon pricing, they’ll do what they always do:

They’ll try and fail to pick economic winners and losers.

They’ll subsidize corporations and other special interests in return for their political support.

They’ll waste it on programs that have nothing to do with reducing emissions, like “green” infrastructure.

In reality, the best chance they have of lowering emissions is through a carbon pricing plan known as carbon fee and dividend.

Instead, governments raise taxes on consumption -- sales taxes -- and return all the money to the public through regular dividend cheques, income tax cuts, or a combination of the two.

By increasing the cost of goods and services using fossil fuel energy -- meaning virtually all of them -- the government creates a consumer demand for products that consume less energy and are therefore less expensive.

Businesses respond to this demand through innovation in order to increase profits and market share.

Because the government doesn’t get any extra revenue from the public under a revenue neutral carbon fee and dividend policy, it can’t then throw it at giant corporations and special interest groups to buy their political support for it.

That’s why no government in Canada is advocating a revenue neutral, carbon fee and dividend plan, although B.C. comes closest.

But if politicians were sincere about lowering emissions, this is the route they'd take.

As I said previous guys in this post (https://reddragonleo.com/2016/07/29/democratic-platform-calls-for-carbon-tax-just-like-matt-taibbi-spoke-about-several-years-ago/) the gangsters are heavily pushing this next scheme so they can start the next stock market bubble.  Don't fall for it as it's all a scam.