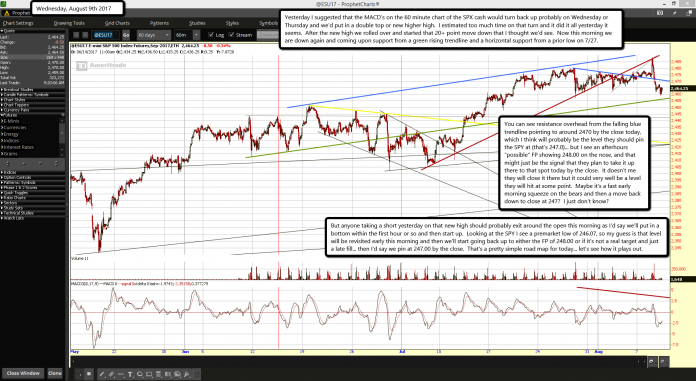 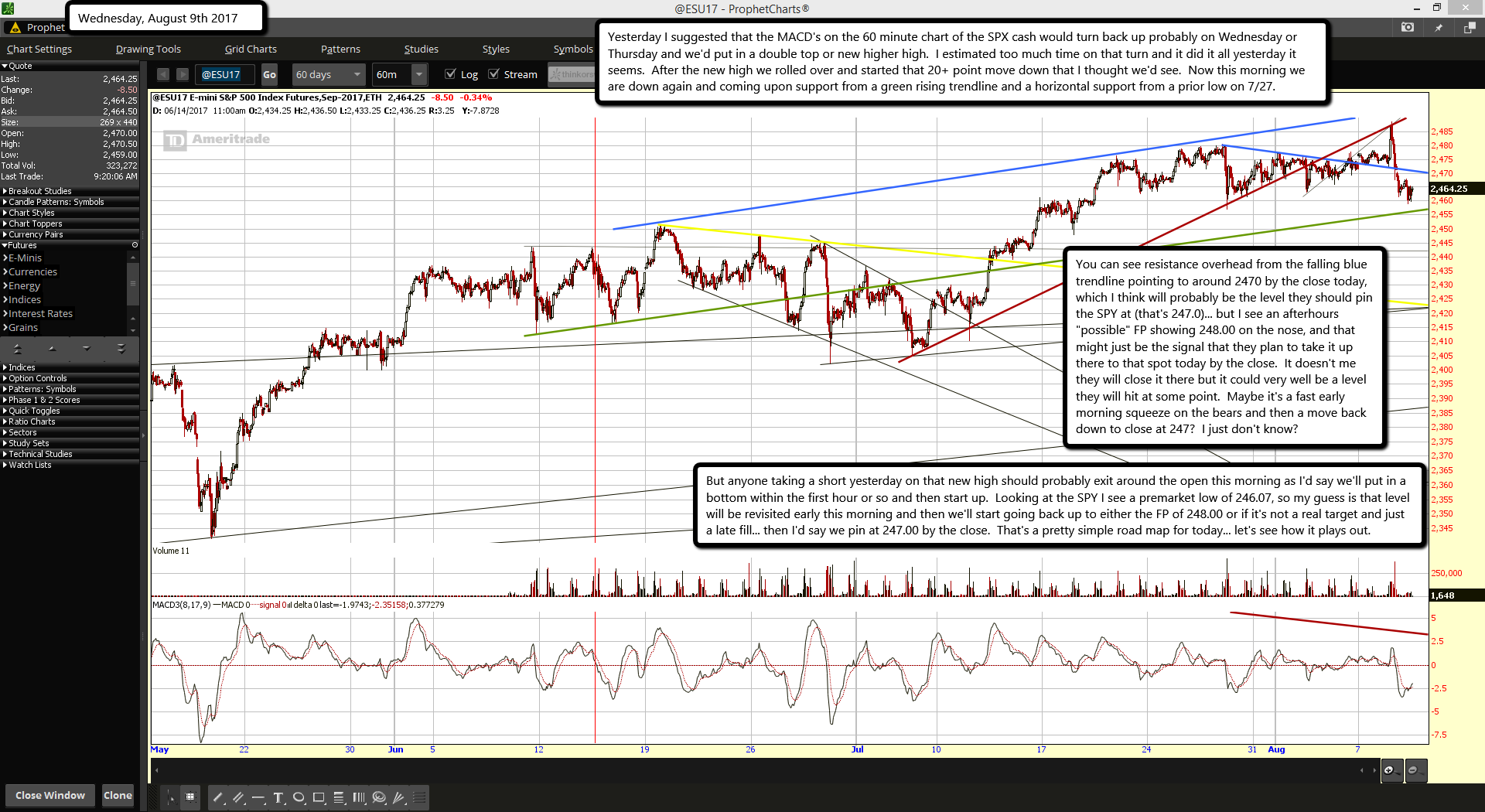 Yesterday I suggested that the MACD's on the 60 minute chart of the SPX cash would turn back up probably on Wednesday or Thursday and we'd put in a double top or new higher high.  I estimated too much time on that turn and it did it all yesterday it seems.  After the new high we rolled over and started that 20+ point move down that I thought we'd see.  Now this morning we are down again and coming upon support from a green rising trendline and a horizontal support from a prior low on 7/27.

You can see resistance overhead from the falling blue trendline pointing to around 2470 by the close today, which I think will probably be the level they should pin the SPY at (that's 247.0)... but I see an afterhours "possible" FP showing 248.00 on the nose, and that might just be the signal that they plan to take it up there to that spot today by the close.  It doesn't me they will close it there but it could very well be a level they will hit at some point.  Maybe it's a fast early morning squeeze on the bears and then a move back down to close at 247?  I just don't know?

But anyone taking a short yesterday on that new high should probably exit around the open this morning as I'd say we'll put in a bottom within the first hour or so and then start up.  Looking at the SPY I see a premarket low of 246.07, so my guess is that level will be revisited early this morning and then we'll start going back up to either the FP of 248.00 or if it's not a real target and just a late fill... then I'd say we pin at 247.00 by the close.  That's a pretty simple road map for today... let's see how it plays out.