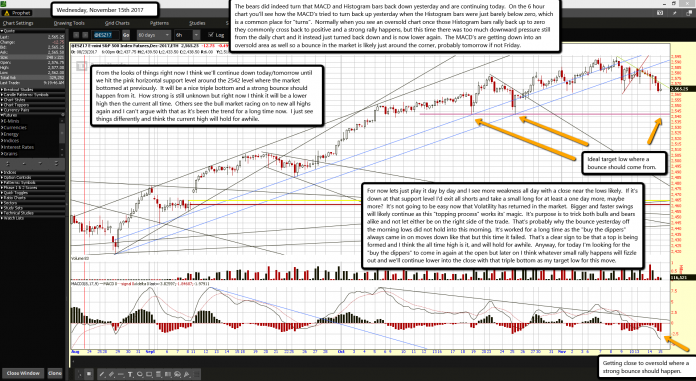 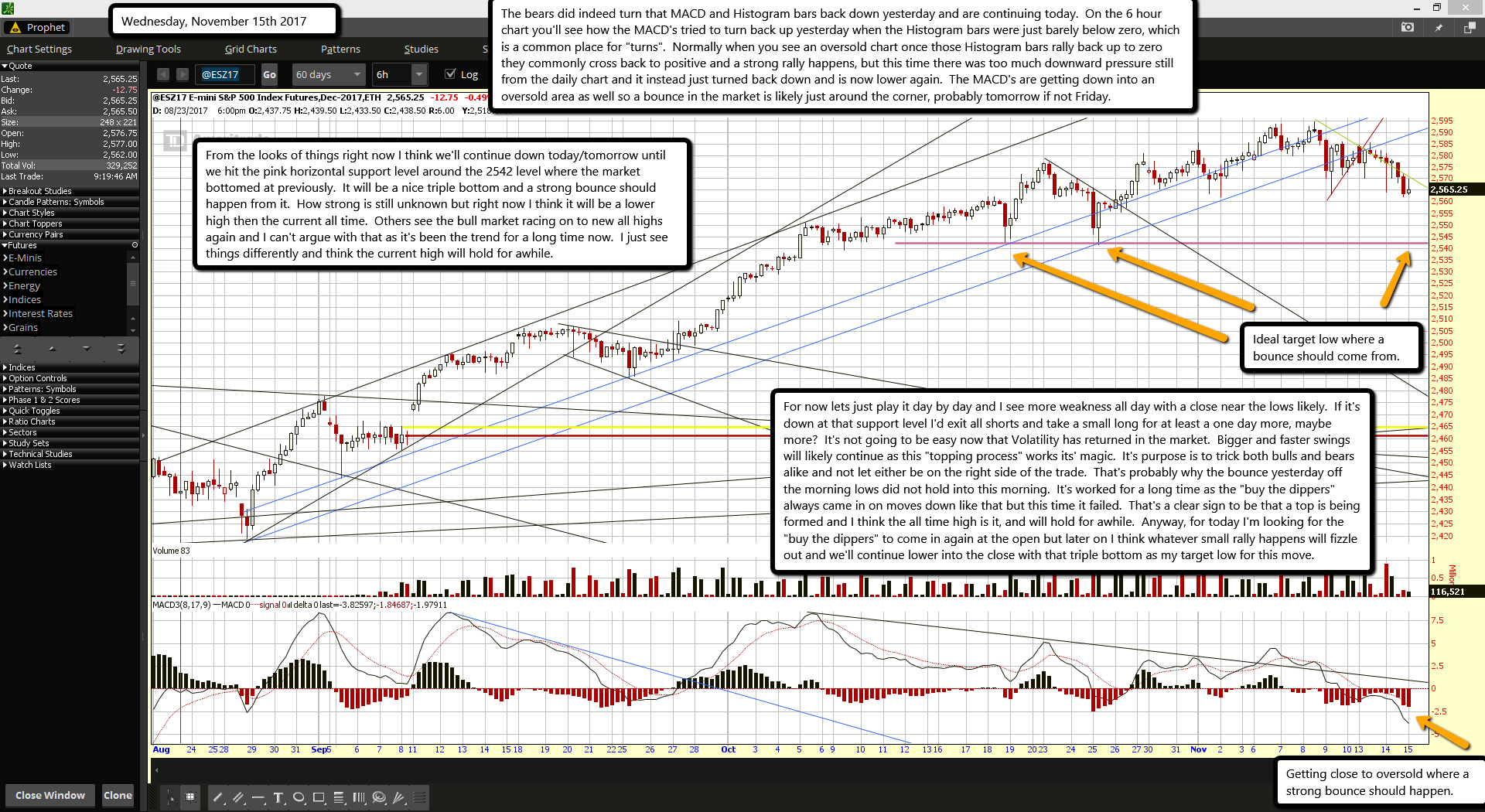 The bears did indeed turn that MACD and Histogram bars back down yesterday and are continuing today.  On the 6 hour chart you'll see how the MACD's tried to turn back up yesterday when the Histogram bars were just barely below zero, which is a common place for "turns".  Normally when you see an oversold chart once those Histogram bars rally back up to zero they commonly cross back to positive and a strong rally happens, but this time there was too much downward pressure still from the daily chart and it instead just turned back down and is now lower again.  The MACD's are getting down into an oversold area as well so a bounce in the market is likely just around the corner, probably tomorrow if not Friday.

From the looks of things right now I think we'll continue down today/tomorrow until we hit the pink horizontal support level around the 2542 level where the market bottomed at previously.  It will be a nice triple bottom and a strong bounce should happen from it.  How strong is still unknown but right now I think it will be a lower high then the current all time.  Others see the bull market racing on to new all highs again and I can't argue with that as it's been the trend for a long time now.  I just see things differently and think the current high will hold for awhile.

For now lets just play it day by day and I see more weakness all day with a close near the lows likely.  If it's down at that support level I'd exit all shorts and take a small long for at least a one day more, maybe more?  It's not going to be easy now that Volatility has returned in the market.  Bigger and faster swings will likely continue as this "topping process" works its' magic.  It's purpose is to trick both bulls and bears alike and not let either be on the right side of the trade.  That's probably why the bounce yesterday off the morning lows did not hold into this morning.  It's worked for a long time as the "buy the dippers" always came in on moves down like that but this time it failed.  That's a clear sign to be that a top is being formed and I think the all time high is it, and will hold for awhile.  Anyway, for today I'm looking for the "buy the dippers" to come in again at the open but later on I think whatever small rally happens will fizzle out and we'll continue lower into the close with that triple bottom as my target low for this move.