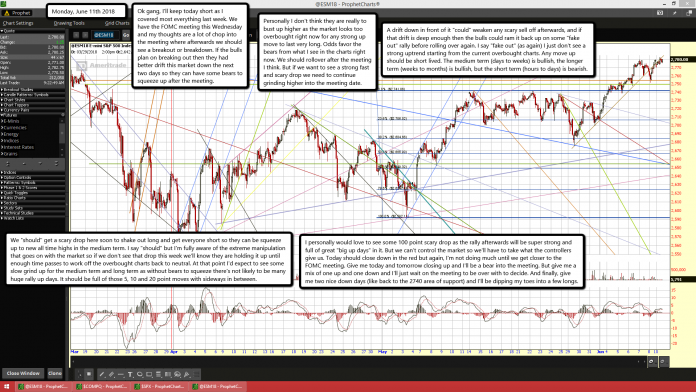 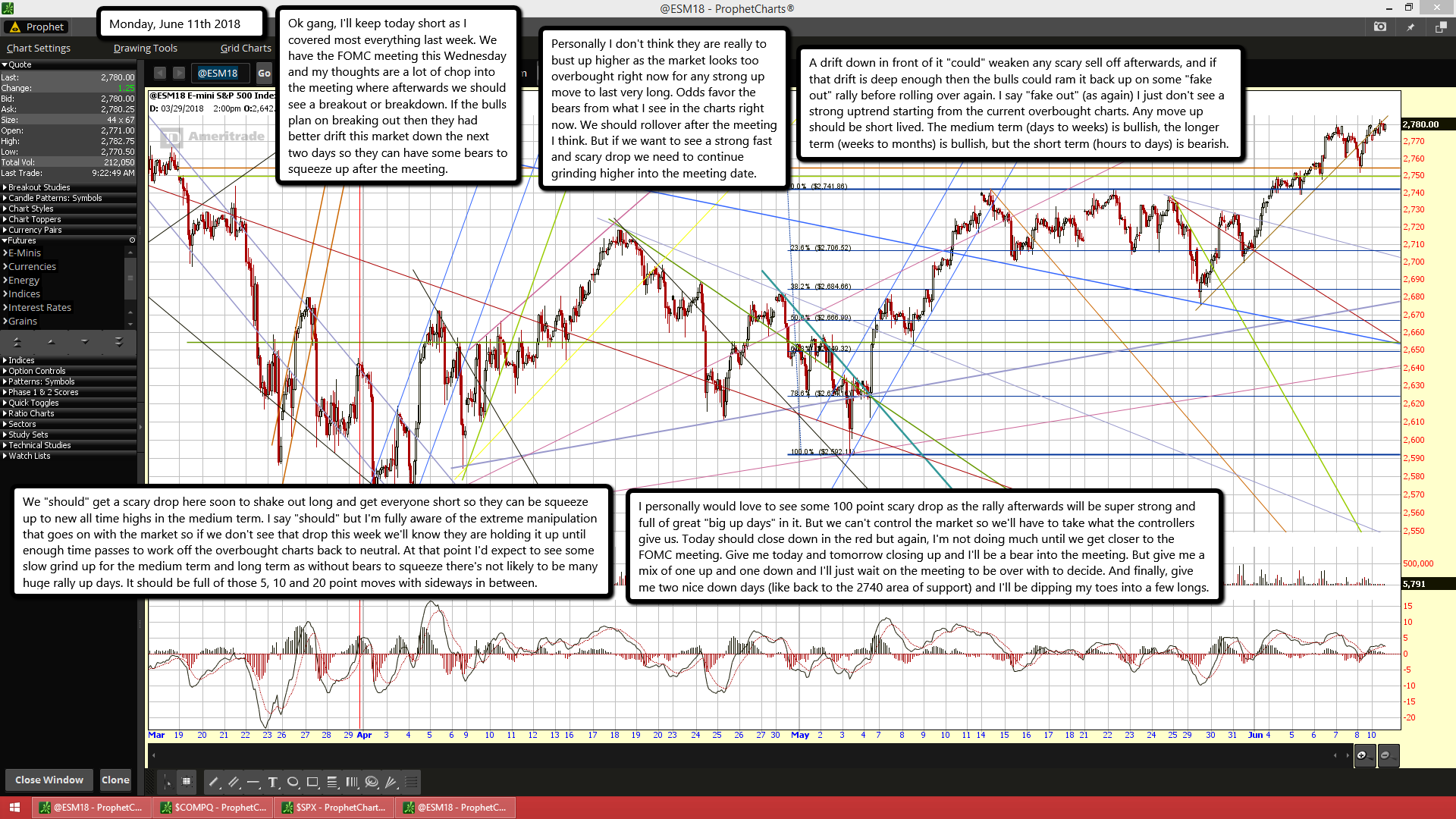 Ok gang, I'll keep today short as I covered most everything last week. We have the FOMC meeting this Wednesday and my thoughts are a lot of chop into the meeting where afterwards we should see a breakout or breakdown. If the bulls plan on breaking out then they had better drift this market down the next two days so they can have some bears to squeeze up after the meeting.

Personally I don't think they are really to bust up higher as the market looks too overbought right now for any strong up move to last very long. Odds favor the bears from what I see in the charts right now. We should rollover after the meeting I think. But if we want to see a strong fast and scary drop we need to continue grinding higher into the meeting date.

A drift down in front of it "could" weaken any scary sell off afterwards, and if that drift is deep enough then the bulls could ram it back up on some "fake out" rally before rolling over again. I say "fake out" (as again) I just don't see a strong uptrend starting from the current overbought charts. Any move up should be short lived. The medium term (days to weeks) is bullish, the longer term (weeks to months) is bullish, but the short term (hours to days) is bearish.

We "should" get a scary drop here soon to shake out long and get everyone short so they can be squeeze up to new all time highs in the medium term. I say "should" but I'm fully aware of the extreme manipulation that goes on with the market so if we don't see that drop this week we'll know they are holding it up until enough time passes to work off the overbought charts back to neutral. At that point I'd expect to see some slow grind up for the medium term and long term as without bears to squeeze there's not likely to be many huge rally up days. It should be full of those 5, 10 and 20 point moves with sideways in between.

I personally would love to see some 100 point scary drop as the rally afterwards will be super strong and full of great "big up days" in it. But we can't control the market so we'll have to take what the controllers give us. Today should close down in the red but again, I'm not doing much until we get closer to the FOMC meeting. Give me today and tomorrow closing up and I'll be a bear into the meeting. But give me a mix of one up and one down and I'll just wait on the meeting to be over with to decide. And finally, give me two nice down days (like back to the 2740 area of support) and I'll be dipping my toes into a few longs.