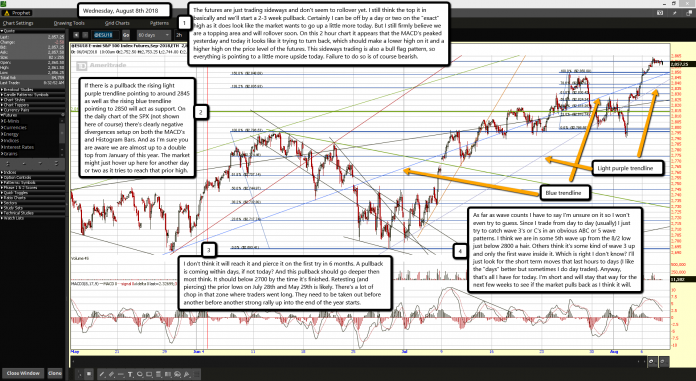 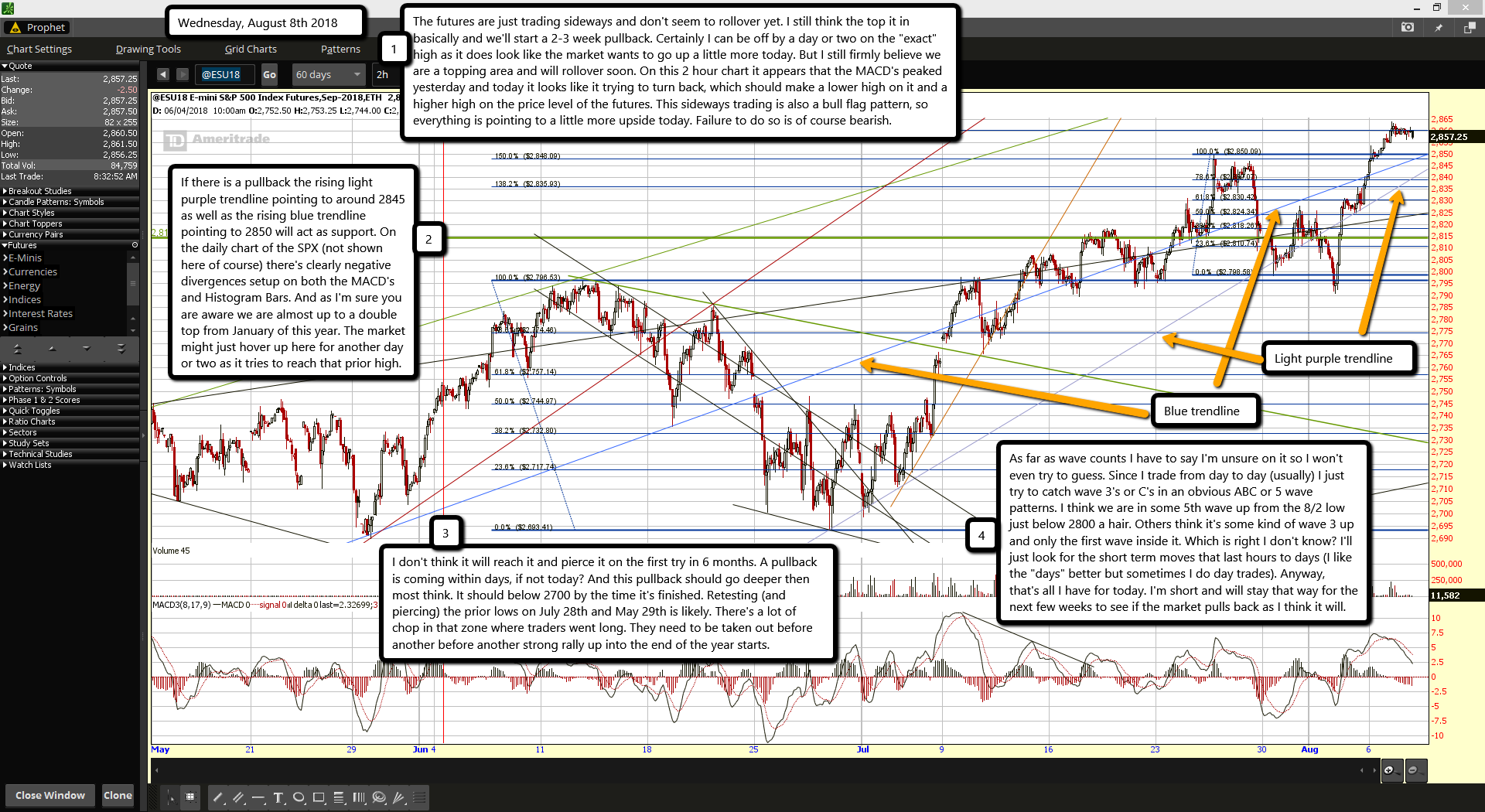 The futures are just trading sideways and don't seem to rollover yet. I still think the top it in basically and we'll start a 2-3 week pullback. Certainly I can be off by a day or two on the "exact" high as it does look like the market wants to go up a little more today. But I still firmly believe we are a topping area and will rollover soon. On this 2 hour chart it appears that the MACD's peaked yesterday and today it looks like it trying to turn back, which should make a lower high on it and a higher high on the price level of the futures. This sideways trading is also a bull flag pattern, so everything is pointing to a little more upside today. Failure to do so is of course bearish.

If there is a pullback the rising light purple trendline pointing to around 2845 as well as the rising blue trendline pointing to 2850 will act as support. On the daily chart of the SPX (not shown here of course) there's clearly negative divergences setup on both the MACD's and Histogram Bars. And as I'm sure you are aware we are almost up to a double top from January of this year. The market might just hover up here for another day or two as it tries to reach that prior high.

I don't think it will reach it and pierce it on the first try in 6 months. A pullback is coming within days, if not today? And this pullback should go deeper then most think. It should below 2700 by the time it's finished. Retesting (and piercing) the prior lows on July 28th and May 29th is likely. There's a lot of chop in that zone where traders went long. They need to be taken out before another before another strong rally up into the end of the year starts.

As far as wave counts I have to say I'm unsure on it so I won't even try to guess. Since I trade from day to day (usually) I just try to catch wave 3's or C's in an obvious ABC or 5 wave patterns. I think we are in some 5th wave up from the 8/2 low just below 2800 a hair. Others think it's some kind of wave 3 up and only the first wave inside it. Which is right I don't know? I'll just look for the short term moves that last hours to days (I like the "days" better but sometimes I do day trades). Anyway, that's all I have for today. I'm short and will stay that way for the next few weeks to see if the market pulls back as I think it will.