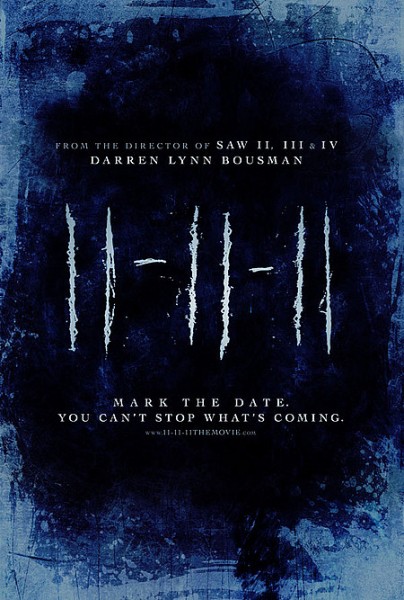 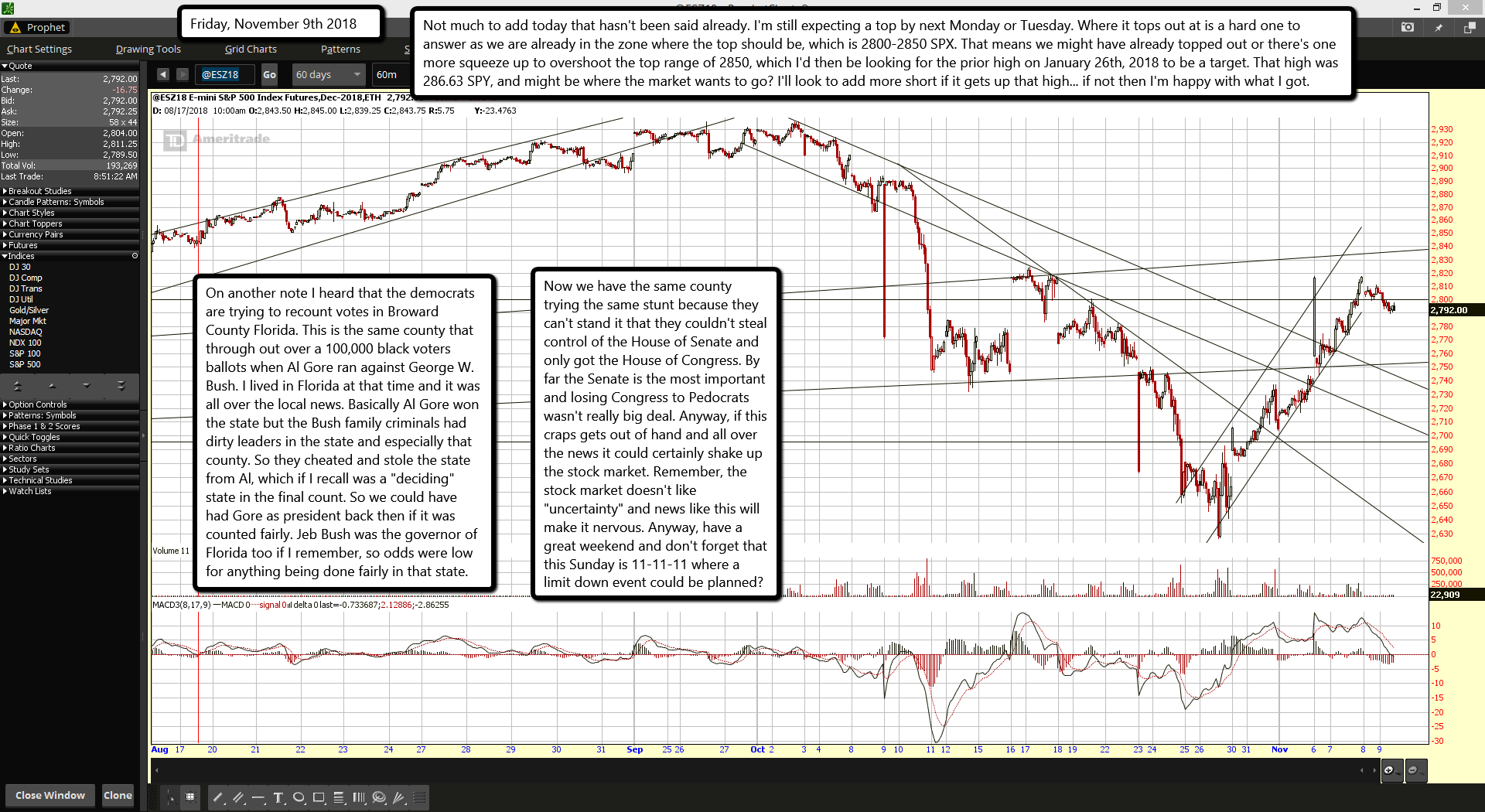 Not much to add today that hasn't been said already. I'm still expecting a top by next Monday or Tuesday. Where it tops out at is a hard one to answer as we are already in the zone where the top should be, which is 2800-2850 SPX. That means we might have already topped out or there's one more squeeze up to overshoot the top range of 2850, which I'd then be looking for the prior high on January 26th, 2018 to be a target. That high was 286.63 SPY, and might be where the market wants to go? I'll look to add more short if it gets up that high... if not then I'm happy with what I got.

On another note I heard that the democrats are trying to recount votes in Broward County Florida. This is the same county that through out over a 100,000 black voters ballots when Al Gore ran against George W. Bush. I lived in Florida at that time and it was all over the local news. Basically Al Gore won the state but the Bush family criminals had dirty leaders in the state and especially that county. So they cheated and stole the state from Al, which if I recall was a "deciding" state in the final count. So we could have had Gore as president back then if it was counted fairly. Jeb Bush was the governor of Florida too if I remember, so odds were low for anything being done fairly in that state.

Now we have the same county trying the same stunt because they can't stand it that they couldn't steal control of the House of Senate and only got the House of Congress. By far the Senate is the most important and losing Congress to Pedocrats wasn't really big deal. Anyway, if this craps gets out of hand and all over the news it could certainly shake up the stock market. Remember, the stock market doesn't like "uncertainty" and news like this will make it nervous. Anyway, have a great weekend and don't forget that this Sunday is 11-11-11 where a limit down event could be planned?