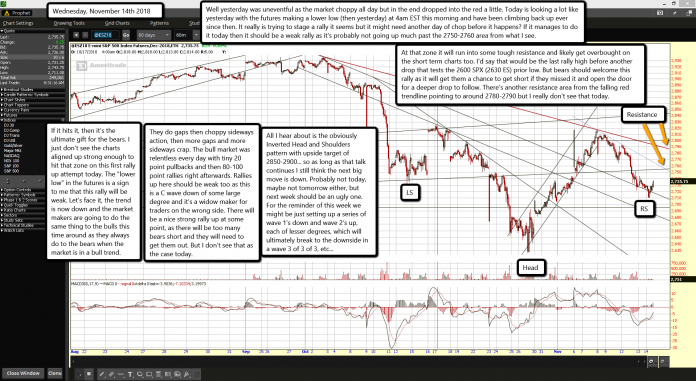 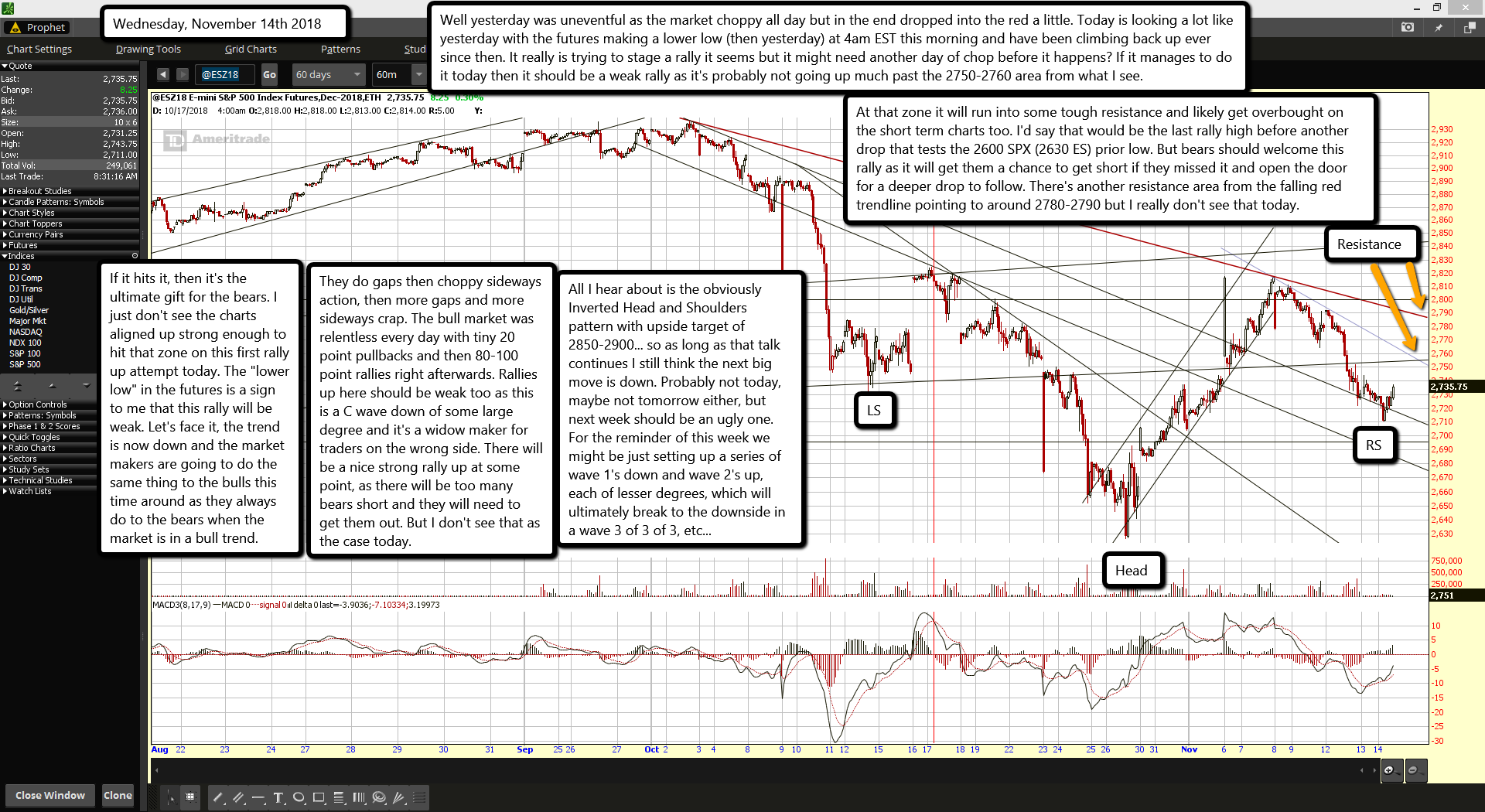 Well yesterday was uneventful as the market choppy all day but in the end dropped into the red a little. Today is looking a lot like yesterday with the futures making a lower low (then yesterday) at 4am EST this morning and have been climbing back up ever since then. It really is trying to stage a rally it seems but it might need another day of chop before it happens? If it manages to do it today then it should be a weak rally as it's probably not going up much past the 2750-2760 area from what I see.

At that zone it will run into some tough resistance and likely get overbought on the short term charts too. I'd say that would be the last rally high before another drop that tests the 2600 SPX (2630 ES) prior low. But bears should welcome this rally as it will get them a chance to get short if they missed it and open the door for a deeper drop to follow. There's another resistance area from the falling red trendline pointing to around 2780-2790 but I really don't see that today.

If it hits it, then it's the ultimate gift for the bears. I just don't see the charts aligned up strong enough to hit that zone on this first rally up attempt today. The "lower low" in the futures is a sign to me that this rally will be weak. Let's face it, the trend is now down and the market makers are going to do the same thing to the bulls this time around as they always do to the bears when the market is in a bull trend.

They do gaps then choppy sideways action, then more gaps and more sideways crap. The bull market was relentless every day with tiny 20 point pullbacks and then 80-100 point rallies right afterwards. Rallies up here should be weak too as this is a C wave down of some large degree and it's a widow maker for traders on the wrong side. There will be a nice strong rally up at some point, as there will be too many bears short and they will need to get them out. But I don't see that as the case today.

All I hear about is the obviously Inverted Head and Shoulders pattern with upside target of 2850-2900... so as long as that talk continues I still think the next big move is down. Probably not today, maybe not tomorrow either, but next week should be an ugly one. For the reminder of this week we might be just setting up a series of wave 1's down and wave 2's up, each of lesser degrees, which will ultimately break to the downside in a wave 3 of 3 of 3, etc...