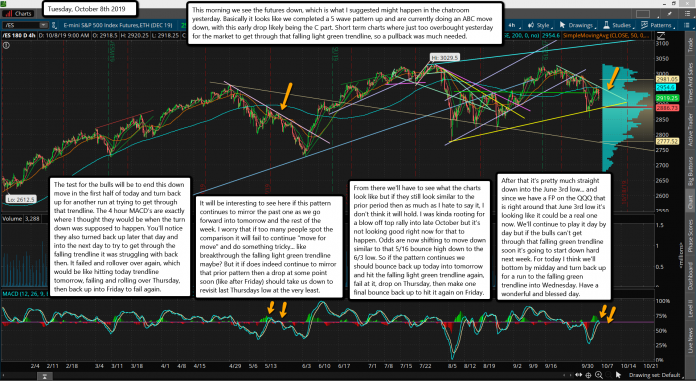 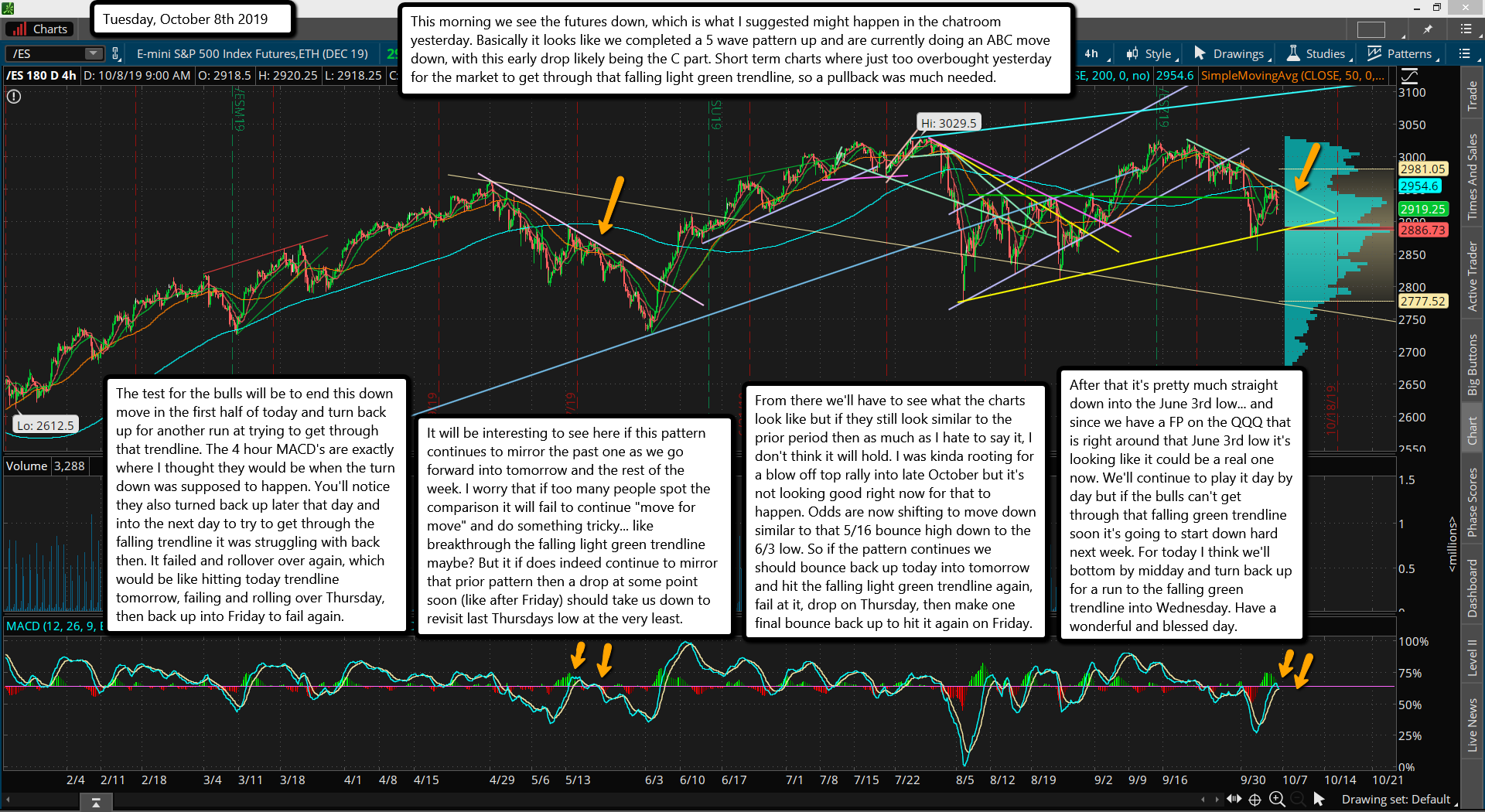 This morning we see the futures down, which is what I suggested might happen in the chatroom yesterday. Basically it looks like we completed a 5 wave pattern up and are currently doing an ABC move down, with this early drop likely being the C part. Short term charts where just too overbought yesterday for the market to get through that falling light green trendline, so a pullback was much needed.

The test for the bulls will be to end this down move in the first half of today and turn back up for another run at trying to get through that trendline. The 4 hour MACD's are exactly where I thought they would be when the turn down was supposed to happen. You'll notice they also turned back up later that day and into the next day to try to get through the falling trendline it was struggling with back then. It failed and rollover over again, which would be like hitting today trendline tomorrow, failing and rolling over Thursday, then back up into Friday to fail again.

It will be interesting to see here if this pattern continues to mirror the past one as we go forward into tomorrow and the rest of the week. I worry that if too many people spot the comparison it will fail to continue "move for move" and do something tricky... like breakthrough the falling light green trendline maybe? But it if does indeed continue to mirror that prior pattern then a drop at some point soon (like after Friday) should take us down to revisit last Thursdays low at the very least.

From there we'll have to see what the charts look like but if they still look similar to the prior period then as much as I hate to say it, I don't think it will hold. I was kinda rooting for a blow off top rally into late October but it's not looking good right now for that to happen. Odds are now shifting to move down similar to that 5/16 bounce high down to the 6/3 low. So if the pattern continues we should bounce back up today into tomorrow and hit the falling light green trendline again, fail at it, drop on Thursday, then make one final bounce back up to hit it again on Friday.

After that it's pretty much straight down into the June 3rd low... and since we have a FP on the QQQ that is right around that June 3rd low it's looking like it could be a real one now. We'll continue to play it day by day but if the bulls can't get through that falling green trendline soon it's going to start down hard next week. For today I think we'll bottom by midday and turn back up for a run to the falling green trendline into Wednesday. Have a wonderful and blessed day.